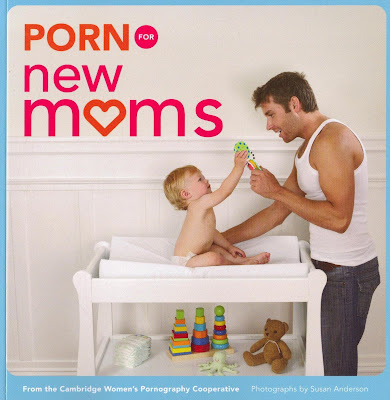 (All you Bay Area folks may already have checked this out, as it's published by Chronicle Press in San Francisco. Those may even be your kids in the pictures. Curiously, amazon.com lists it under "parenting" rather than pornography.)

So I was being pornographic, in public, without quite knowing it, lugging the Spot around in his backpack, when I decided to duck into a local independent bookstore to pick up some short stories by a guy who is supposed to be the next F. Scott Fitzgerald. 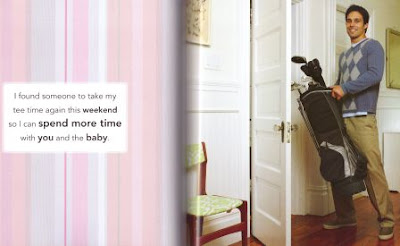 Of course I quickly forgot all about that -- as I sometimes also forget that I am but a palace eunuch whose current task is to transport the Emperor along his morning rounds -- when I notice this title at the cashier's desk and start flipping through it.

"This is hilarious," I tell the 20-something blond behind the cash register.

"You're the embodiment of that," she said. I didn't really say that, but thought that since he is part of the whole effect, he might want to bask in some of the glory. 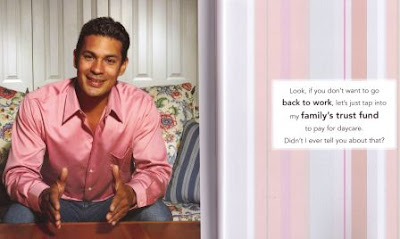 I could get into all sorts of semiotic and cultural analyses about what's going on in this witty piece of cultural candy, but I'll spare you my nonsense and just wrap up with a pic that didn't make it into the original collection, but should probably go into the second volume. 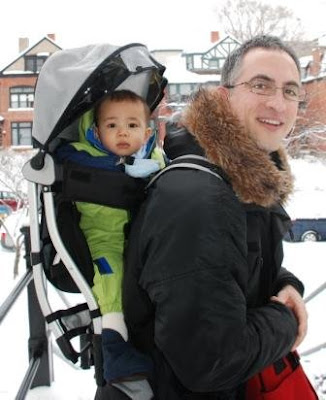 Speaking of which, Spot's starting to wake up from his afternoon nap. Gotta go be the hottness.
Posted by chicago pop

Dude! What does your backpack look like when it's fighting the Decepticons? :}

I'm sure I'll get a frame pack eventually, but I'm going to put it off as long as possible.

I'll pick up for my wife. I'm sure she'll be amused and begin assembling her wish list for me....

i guess that makes me ron jeremy...

i'm just glad nobody looks at my gorgeous, brilliant daughter and says "so who's the father?"

BPD: this backpack can dock to the stroller and do a vertical ascent to 5,000ft in 60 seconds, then unload 10,000 rounds of gamma bombs on all my enemies. Awesome. Stay back.

Seriously, though, is backpack-talk something that we dads have to ourselves? The equivalent of moms debating which is the best breast pump?