Atonement. In the Style of the Talmud 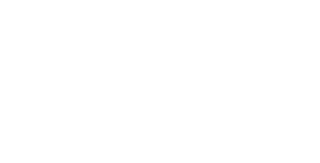 MISHNAH. A MAN, ON ASSUMING THE LEGAL STATUS OF FATHER TO AN ORPHAN GIRL, IS UNDER NO OBLIGATION TO LOVE AND ADORE HER FROM THE VERY FIRST MOMENT SHE IS PLACED IN HIS ARMS.

On what is this mishnah based? On this, that it was told to Moshe at Sinai, “Any widow or orphan you are not to afflict.”

Rabbi Shimi ben Ashi stated that in order to avoid afflicting the fatherless, it would be enough merely to avoid them and to let them be. But neither by taking an orphan girl into his household is a man afflicting her. Both actions are therefore allowable, as neither cause affliction. The man in this case is not in violation of a commandment.

Rabbi Simeon ben Gamiel said that it is insufficient simply not to afflict. One must also do justice to the orphan, as it was told to Moshe before Israel was to cross the Jordan, “for YHWH your God lifts up no face in favor and takes no bribe, providing justice for orphan and widow.” One must do justice, beyond mere avoidance of affliction. But can one do justice without love? This mishnah is in contradiction with itself. It is because YHWH loved the fathers that we must love the stranger, and not afflict the orphan. We must therefore also love the orphan. If the man does not love her, then he is in violation of a commandment.

But when must this affection begin? Can one understand Torah by reading only a single line? If such knowledge is impossible to acquire, then is it allowable not to feel affection for the daughter on the first encounter? Or is it only requisite upon entrance to the household, for as it is written of the five sons of Michal the daughter of Saul, “whoever brings up an orphan in his home, Scripture ascribes it to him as though he had begotten him.”

On this matter Rabbi Yosef ibn Eleazar has it on the word of Rabbi Isaac, who heard a case in the vineyards of Jabneh, of a man and woman given possession of an infant girl by minions of a foreign State. Also present in the chamber were the families of four foreign daughters, all of the same nation, who had likewise been given possession of infant girls fifteen years before. The parents asked that they might attend the girl’s handing-over that day, so that they might see as witnesses that which they had lived themselves but now knew only as memories. The new parents were given the infant girl. She was placed in their arms and wailed, and the documents of the distant state were sealed with red ink.

The witnesses began to wail, but the father did not. “You did not wail, as we did fifteen years ago when we received our daughters. How could this be? Your heart is hard like a turnip,” they berated him.

Rabbi Simeon held that he failed to love her, and must atone for this lapse through all the seasons until the day he began to love her.

Rabbi Shimi b. Ashi held that the reason he did not wail was because prior to that moment, she had not existed as his daughter, and it is impossible, it is idolatrous, to love that which does not exist. To do so is to love an image in one’s head. As it is written, “for you did not see any form”. Take care, “lest you wreak-ruin by making yourselves a carved form of any figure, in the pattern of male or female.” Surely, this is what these families had done before they received their own infant girls. But how could the man hear his daughter until she called him, as she did by wailing? Only from that moment could he begin to love her.

R. Samuel ben Nahmani asked if the man did not from that moment maintain his daughter, as he already maintained a son? Indeed he did, answered R. Yosef. Both he and the mother maintained her equally with the son.

R. Samuel expounded on the words of David: “Happy are they that keep justice, that do righteousness at all times.”  Is it possible to do righteousness at all times? This, explained our Rabbis of Jabneh, refers to a man who maintains his sons and daughters while they are young. This refers to a man who brings up an orphan boy or orphan girl in his house.

Rab Simeon asked, but how did he treat her in the first year? Did he lose patience with her? Did he raise his voice? Did he fail to console her, even were she inconsolable? Did he feel in his heart as if a stranger had lodged in his home and deserved less than his firstborn son? Did he allow his anger to overcome him? Did he resent the added burden of care that she imposed upon him? Was he at times rougher with her than he should have been? Did he add to the woe of an orphan girl, offending the father of the fatherless? Rab Yosef, who had it from Rab Isaac, stated that the man had done all of this.

Rab Simeon stated that this man has sinned. If he does not repent he will feel the wrath of the Lord in the measure that is reserved for those who offend him most gravely. “For they will cry, cry out to me, my anger will flare up and I will kill you with the sword.”

But, it could also be said, could it not, that as one learns to love in the same way as one continues to study Torah, so one learns to love only as one studies the stranger, the orphan, the widow, the brother. It is certainly true, as Rambam said, that in this case we must do more than obey the negative commandment to avoid affliction. We must obey the positive commandment to excel ourselves in our treatment of one whose “soul is very lowly and whose spirits are down.” With her the father “should speak only gently, he should treat her only respectfully, and he should not pain her body through labor nor her heartss with harsh words,” no matter be she rich or the spouse of royalty. Rambam is clear that man's deeds which we have listed are a violation. But how does the man feel now, after the first year? If he has come to love her, then he may excel himself in his treatment of the girl. He may then repent, and submit his name for inclusion in the Book of Life. Has he come to love her, such that he may say, as the Lord said to Ezra, “Thou canst not love her more than I do?”

Rabbi Yosef ibn Eleazar affirmed that yes, as he had himself been told by Rabbi Isaac, the man had come to love her thus.
Posted by chicago pop 1 comment: