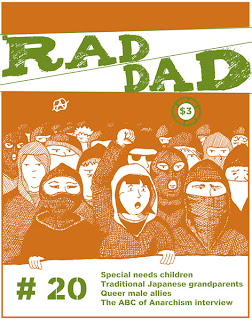 ...available right now from Microcosm is the latest issue of Rad Dad! Here's their review:

Hot on the heals of Rad Dad 19, we're excited to announce the release of issue 20! This issues features articles about special needs children, traditional Japanese grandparents, queer male allies, and an interview with Brian Heagney—the author, illustrator, and publisher of the kid's book, The ABCs of Anarchism. Some of this issue is learning lessons from your children—or even them teaching you lessons—and as always, Rad Dad is a forum and a source of hope that parents and children can one day be welcomed in radical spaces. This is important reading—vital stuff for parents and nonparents alike.
Posted by tomas, editor rad dad zine 1 comment: 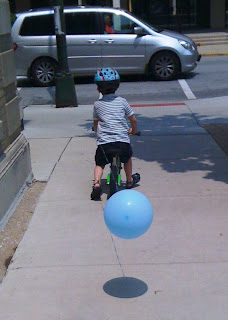