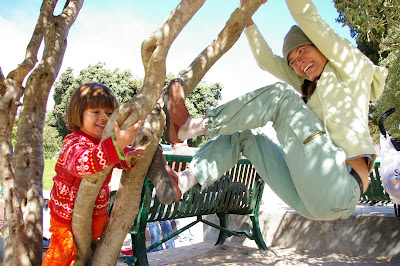 A just-published study of birds reports new insights into the evolution of altruistic behavior. It suggests that sometimes the greatest beneficiaries are neither those giving or receiving alms, but those whose main job is the care and feeding of the neediest members of the population.

It is believed that about 10 percent of bird species show "cooperative breeding" behavior, in which one or more mated pairs produce chicks, which are then fed not only by the parents but by other birds sharing their territory. The helpers are usually nonbreeding males from the female's broods of the previous year - the brothers of the hatchlings they are helping to feed.

To find out what motivates this behavior, a team at the University of Cambridge in England "compared the eggs laid by females that had helpers with those laid by solo females":

They found that fairy-wrens with helpers produce eggs with less fat, protein and carbohydrate than eggs produced by females that do not have helpers. The hatchlings of those "lite" eggs are smaller than normal chicks, but their initial scrawniness is quickly overcome by the extra food brought by the nonbreeding helpers.

The one who benefits is the mother.

Cooperatively breeding females have a 1-in-5 chance of dying over the next year, compared with a 1-in-3 chance for females without helpers. This is presumably because they are slightly healthier and stronger, having expended less energy to produce their eggs and feed their young. Their longer life span, in turn, gives them a chance to leave more offspring behind, the ultimate measure of evolutionary success.

"The mothers are stealing child care from their current young and spending it on their future young," Kilner said. 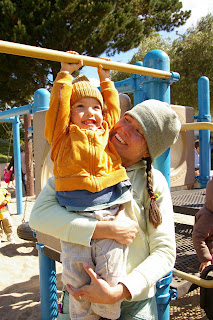 What might this say about humans? Maybe nothing. It's simply another clue in solving the mystery of why altruism exists in nature and how cooperation emerges among members of a species.

However, there are parallels with human behavior. The anthropologist Sarah Blaffer Hrdy has pointed out how cooperative child rearing has been essential at certain points in human history--for example, in hunter-gatherer societies--when fathers and adults besides the parents had to take a strong role in the care and feeding of young children. In an essay that will appear in the September issue of Greater Good magazine, I speculate that cooperative child rearing (or alloparenting) is making a comeback in American cities, driven by the geographic and social isolation of new families, rough economic parity between men and women, and the high cost of quality childcare. One thing is for sure: parenting is a social activity that no one should have to do alone.

(The photos that go with this entry depict my wife playing with other people's kids, namely Plum and Ezra. They're part of a photo essay on alloparenting by Jackie Adams that will go with my essay.)

On that note, I'd like to point readers to the blog Doodaddy, who writes about the loneliness of his early days as a stay-at-home dad and how he overcame it:

We have really good friends now... What surprised me, I think, is how intentional this social life had to be: there was nothing at all automatic about it, and if I didn’t pursue sociability, I could go days and hardly talk to anyone.

I’m not the only one shocked by how difficult it can be to be a social adult and a stay-at-home parent. Park Buddy and I ran into an old playground friend of hers at the zoo a couple of weeks ago. They’d moved out of San Francisco into the suburbs with their 2-year old girl; it’s an old story: they’d left behind urban stress and parking challenges for a bigger house and a yard and the cleanliness of the suburban landscape.

And you know what? She hated it. She was lonely, having to recreate a social life for herself and her daughter, a job that had been relatively easy in San Francisco. Out of her natural habitat, though, she was at a loss for how to manage it. Some days they don’t leave the house.