The Measure of a Father

From the Guardian in the UK, courtesy of frequent Daddy Dialectic tipster Susan:

Children are more likely to suffer development problems if their fathers do not take paternity leave or spend enough time with them when they are very young, according to an analysis of thousands of babies born around the turn of the millennium.

A report published today by the Equal Opportunities Commission and based on research tracking 19,000 children born in 2000 and 2001 found emotional and behavioural problems were more common by the time youngsters reached the age of three if their fathers had not taken time off work when they were born, or had not used flexible working to have a more positive role in their upbringing.

Previous research has highlighted the importance of a mother's involvement when a child is small, but the EOC says this is the first study to confirm that the close involvement of a father also has a significant impact on a child's future...

The EOC points to a "social revolution in fatherhood", in which fathers are increasingly involved with their children's upbringing and feel confident as carers, yet 63% felt they did not spend enough time with their new baby.

That fathers are being studied at all is part of the revolution. I recently interviewed UC Riverside Sociologist Scott Coltrane, author of many studies and books on fatherhood. In the past, says Coltrane, researchers looked only at whether the father was present and married to the mother. They might also have looked at demographic or economic information about the fathers. But they did not study how fathers interacted with their children or what impact fathers had on children's development. Until the 1970s, it was (unconsciously?) assumed that mothers were solely responsible for child outcomes.

Coltrane describes how "in the late Seventies researchers started saying, 'Wait a minute, why don’t we measure what the fathers are actually doing? How do they parent? What do they do?'" Today scholars "tend to include father variables in their studies, so we are doing a better job of tracking the father participation that is occurring. And we are considering that men might be doing housework beyond taking out the trash and mowing the lawn. And because women are more likely to be employed and earn good wages, more families are sharing more of the family work - so when we look we see shifts." Applying the same measures of mothers and fathers, says Coltrane, is still "relatively novel, as simple an idea as that is."

The Guardian article concludes: "The government last night pointed to moves including the introduction of paid paternity leave and more than doubling of maternity pay as evidence of commitment to helping families balance work and caring responsibilities." 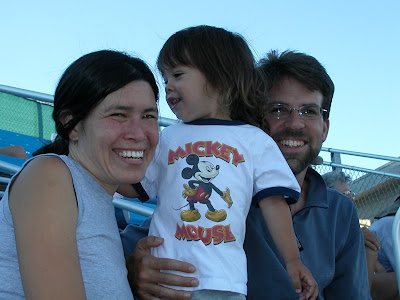