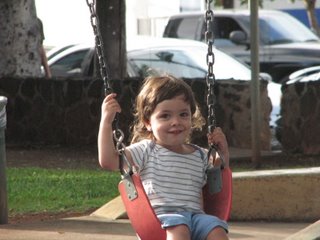 Despite their packed megachurches, their political clout and their increasing visibility on the national stage, evangelical Christian leaders are warning one another that their teenagers are abandoning the faith in droves....

“I’m looking at the data,” said Ron Luce, who organized the meetings and founded Teen Mania, a 20-year-old youth ministry, “and we’ve become post-Christian America, like post-Christian Europe. We’ve been working as hard as we know how to work — everyone in youth ministry is working hard — but we’re losing.”

Just to be clear: If kids want to get down with Jesus, that's fine with me. I'm against not against the faith; I'm against the political agenda that's been hitched to the faith. If the base that supports conservative movement political power is in a long-term demographic decline, hallujah!

You know, here's something for evangelicals to think about: as the power of the church grew in Europe, so did its corruption. There's quite a lot of evidence that weaving religion into government resulted in wholesale rejection of the faith by Europeans who were oppressed by the combination.

Are evangelicals digging their own graves, seeking secular power at the expense of their moral power?

Also: my buddy Abby sent me this fascinating essay on red-state families vs. blue-state families. Check it out.
Posted by Jeremy Adam Smith

not necessarily on-topic with this post, but i just wanted to say that i find this blog to be truly amazing. as a leftist, feminist-ally father of a 9 month old daughter, some of the searching and heartfelt posts here actually got me choked up. i am going to come here every day if i can.

Thanks r@d@r! It sounds like you're exactly that kind of person we want at DD. Sometimes I wonder how big the community of "leftist, feminist-ally" dads is; well, no matter, even if we're just a tiny minority we have to speak out and connect with each other, and hopefully grow from there. If you know any other pro-feminist dads, or dads that should be more progressive or are just wondering about it all, please tell them about Daddy Dialectic.

Posting is a little slow right now and willl be for a week or so; I'm swamped with work and personal obligations, and two other Dialectical Daddies are traveling. But we'll be posting again soon, I promise.