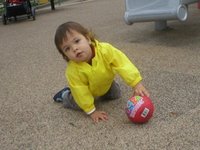 To my way of thinking, the Washington Post's Leslie Morgan Steiner represents everything that's wrong with the way the mainstream corporate media cover children and parenting: she's shallow, blind to anything that falls outside her cultural and economic comfort zone, and obsessed with counterfeit conflicts like the so-called "mommy wars."

A few days ago, she posted the following to her blog:

A June 1 article in The Washington Post ran under the headline Father Knows Best: Education Linked to Dads' Parenting Skills with the news that dads with higher levels of education are more involved in their children's daily lives. The survey involved about 4,900 men age 15 to 44 nationwide who were interviewed in 2002 and 2003 by the National Center for Health Statistics.

Based on the findings, researchers estimated that about 28 million American men have children under the age of 19. About 75 percent live with their kids. Those with more education tend to interact the most, the survey found. Among dads who had attended college, about 87 percent said they played with their children daily, compared with about 76 percent of those who had a high school diploma or less.

This information is all interesting. I was glad to read about it. But what struck me as incredulous is that this survey marks the first time our government has questioned men about issues related to family life...No wonder the 2.3 million single fathers and 147,000 stay-at-home dads in this country feel invisible.

I don't feel invisible, exactly, and furthermore, this is not the first study of its type: in 2002 the U.S. Department of Health and Human Services "Fatherhood Initiative" produced a number of studies about male participation in parenting. What struck me about Steiner's entry, the comments that followed, and the original article is how no one saw the survey as still more evidence of the radical inequality that defines family life in this country.

Of course educated white-collar dads are more involved in the lives of their kids: they have more flexibility on the job and more options in life. Some might work more hours than blue-collar counterparts or maybe spend more time at home massaging spreadsheets after the kids go to bed, but many (not all, but many) can blow out in the afternoon to go to the doctor and they can take time off when necessary. Many - including yours truly - have the New Economy option of becoming freelancers or consultants, so that they stay at home more.

And of course our children benefit over the long run in terms of educational achievement, etc. That's how class works in this country. That's one of the ways that a few can prosper while the rest suffer. (BTW, via the blog Working Dad, I found this article about economic class integration at public schools - of course, no one talks about eliminating class altogether. Why, that's just not practical!)

Of course, all is not rosy for the educated and affluent. Here's an anecdote, which is a warning to us all. A friend of mine teaches in an exclusive, very pricey afterschool program. If the parent isn't there to pick up the student at a certain time, the kid is brought up to the office and the parents are charged for every minute that the kid sits there waiting.

I found this to be really disturbing.

Speaking of disturbing, there's an illuminating and complex dialogue going on at the Rebeldad site about the social isolation of stay-at-home dads, in which I'm participating. Check it out.
Posted by Jeremy Adam Smith

I've given up even reading her stuff because it drove me crazy. She seems absolutely BLIND to the issues you raise in this post. (Though it seems like almost everyone who writes on these issues --and especially the "mommy wars" meme-- is absolutely blind to how narrow and privileged a slice of reality they are basing their broad generalizations.)

But of course this seems very typical of upper middle class liberals: they are blind or don't want to talk about issues of class. When I've brought them up in our own school district I have been denounced for "pitting schools against each other" and otherwise denounced by the umc people who are responsible for massive numbers of AP courses at the same time as a huge percentage of poor urban and rural kids are not being served by the schools. Heaven forbid that we cut a few AP courses so that extra resources can be used to help disadvantaged kids.

This kind of thing drives me crazy, because it positions Steiner and her ilk as "more virtuous" and worthy than those poor uneducated slobs who don't even spend time with their kids. It is SO Calvinistic (and I'm not talking Hobbes's Calvin here) that it's scary.

If education is linked to being a better father I want to know how that works.

Seriously, I don't recall taking any dad classes or even seeing them offered.

Here is my thought:

Higher education means a higher paying job, a bigger house, fancier cars, the perfect dream house (you know 1.5 rooms to every occupant)...oops with all this stuff it looks like both the dad and mom are going to have to work.

Two working parents, a dad who dresses a child more frequently does NOT constitute a GREAT DAD!

Education may be a link, and still the bigger question is a LINK TO WHAT?

Why is it that people will allow the results of a survey to galvanize their beliefs?

Pay attention to your experiences.

I have been around so many "educated dads" that don't want anything to do with their children except in those few moments of time.

Ok, many may say "I WANT..." and then the big "BUT" is interjected. He might as well thow the back of his hand on his forehead and play the drama out completely.

Just give me...more time, more money, and less stress and all will be good!

Anyways, stats do not make a good dad or mom for that matter.

James: Yes, it's a rant, but it's kind of an amusing rant that makes some serious points.

It's interesting: the only "dad class" we get is being raised by our own fathers, and watching the behavior of dads around us (perhaps supplemented by a little light reading in the third trimester, before the reality has hit).