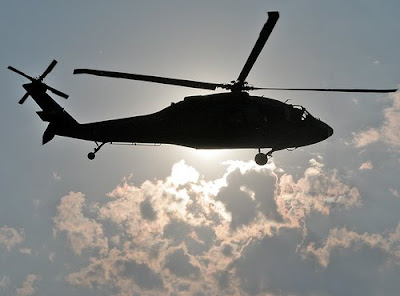 “No YouTube today,” says my wife Fitzsimmons as she leaves for work.

She’s right. I have to get a job, so that I can commit fully to the breadwinning section of Equally Shared Parenting. No more YouTube. No more showing ten-month-old Sam clips from Chariots Of Fire (the 400 meter final, with Ian Charleston throwing his head back – just writing it makes me want to watch it now), or the diplomatic immunity bit out of Lethal Weapon 2, or Eddie Izzard’s routine about Pavlov’s Cat.

That’s the problem with YouTube. I'm on the Jobs section of Craigslist and a great scene pops into my head (Romeo + Juliet, gas station) and I know I can find it within seconds. It’s a sickness, an addiction. Sure, there are some movies I can’t find (all the best Die Hard clips have been ring-fenced), but for every one placed off-limits by the scaredy-cat studios, there are ten classic scenes (take your pick between Jack Nicholson as Colonel Nathan R Jessep or Gene Hackman drinking a beer with the boys in Mississippi Burning).

The problem with YouTube, as I see it, is that Fitzsimmons has no imagination for wasting time. Having worked six years for a cable company with a TV on my desk, I have a sixth sense for a good scene. I can speak on the telephone, answer emails, cross-reference two online databases, and drop everything when I see an alpaca-clad Chevy Chase surrender in Spies Like Us.

But no, I will not YouTube. I will not even use the word, as verb or noun or elegiac regret. Sam will have to wait to hear the angelic voice of Edda Dell’Orso in Ennio Morricone’s score for Duck, You Sucker. He will have to search out antique Blu-Ray disks to appreciate bug-eyed Christopher Macdonald as Shooter McGavin in Happy Gilmore. He will have to glimpse fleeting scenes from The Natural as his own wife flicks channels, and wonder why the soundtrack seems strangely familiar.

Instead, I spend my morning with Sam playing with his basketball game, and looking out our back window at the rooks playing helter-skelter on the fire escape opposite our building. In the distance, a helicopter whocks towards us, coming from the Golden Gate Bridge. Sam looks up at it. “Helicopter, Sam. Helicopter.” His eyes are big and blue, his mouth open. The chopper zips past, oblivious to our rear window lesson in aviation identification. I wonder if he got a decent look. Helicopters are cool. Wouldn’t it be great if that was his first word. Hang on, I’ve got an idea.

I boot up YouTube. It’s okay, this is educational. Type in ‘helicopter.’ Various clips from airshows, then other sites from Huey obsessives. Find a two-minute clip of one taking off. Perfect. “Come and see this, Sam.” He’s not sold, comes over slowly. Wonders why we aren’t looking for birds, wonders when the whocka-machine’s coming back.

The clip is slow. The engine starts, the rotors begin to turn. Sam’s mouth opens. The blades whirl round, the sound not yet recognizable from the helicopter we saw outside. The engine pitch rises, blends with the beat of the blades. Ninety seconds. “Watch, Sam. Look at the tail.” The rotor at the tail is buzzing, the aircraft starting to judder on the H-marked landing pad. A hundred seconds, no movement. Sam looks across at me, as if to say, “What’s this clip supposed to be? Can’t we go back to The Matrix and Agent Smith interrogating Neo?”

Then it rises. Awkwardly, as if on strings. First tail, then nose. The helicopter levitates and Sam is rapt. It’s like mechanical sleight of hand. He is ten months old, has no knowledge of physics, gravity, or aerodynamics. But he’s spellbound as the craft rises into the air and swivels, dips its nose then flies away. “Not bad, huh?” Sam waits, as if this helicopter might come back. The birds are forgotten, he lives only for this new whirlygig. It’s not yet twelve, not yet lunchtime, while Fitzsimmons isn’t due back for at least an hour. Easily enough time for an Apocalypse Now clip.
Simon Hodgson
Posted by Simon Hodgson

With a two and a half year old I don't go near some of the serious fare that you mention in your post, but a few months ago I showed him a video of airplanes. Since then we've gradually moved into a morning ritual of watching trains, planes, blue whales, cats, helicopters, baby birds, and whatever else he's interested in that day while mom sleeps in a bit.

A few days ago there was a Mickey Mouse clip as one of the suggestions after we watched something. He's been asking to watch that a lot lately. I've been trying to convince him to go back to nature and machinery but it may be a loosing battle.

It hadn't occurred to me to look for Morricone on YouTube. But I found the clip you mention and I think, while it isn't much to look at, any little one would love to listen to it and maybe do some baby sway-dancing. If not for YouTube, my boys might not have been such fans of Izzard that they saw him perform live by age 12. Izzard is also, by the way, very helpful in homeschooling history. Just sayin'.

I just finished that book, Nurturshock (Po Bronson). It's the only parenting book I've actually enjoyed so that's saying something. I also agree that youtube should not be used as anything other than a brand name, not a verb for sure. My boy and I were looking for videos the other day on Pele (the soccer player). Very informative even though a book is way better of course.

Mickey Mouse huh... okay, Jack, we'll give it a shot. Sam's already big on airplanes. Perhaps it's time to bite the Disney bullet.

Thanks for the Izzard tip, Jake. I saw him live in Wembley Stadium once and he was just as you'd expect. Equally strong on European languages also.

Keith, your Pele investigation just prompted a five minute YouTube search for the famous feint, the one where he tricks the goalkeeper and runs round him. If he'd scored, it might be the most famous goal in history. Still think you need to see it, rather than read it, if only for the man's imagination. Try Brilliant Orange, it's the Nurtureshock of soccer books.

Thanks for the comments, Simon

Is this a more interactive version of watching Sesame Street with your kids?

The underlying issue is that computers with fast net connections have become more like TVs then anything else. My kids are teenagers and they use their computers as a TV almost exclusively. This is a big social shift all the way around.

As a second point, would you do this differently if you had to pay for the stuff you are watching. Face it, money is a big part of how anyone parents.