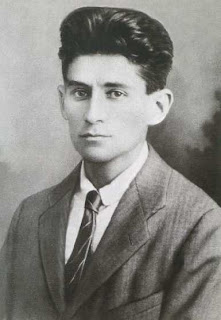 The other day I picked up a copy of a letter Franz Kafka wrote to his father in the winter of 1919. He was attempting to repair and understand their estrangement. It was 45 pages long, typewritten, and never delivered.

Franz, then in his late 30s, was making his third attempt at marriage, after two failed engagements. He informed his father, who immediately rejected the match. Believing that a successful marriage bid was his only chance to win happiness as a young man, and a high place in his father's esteem, Franz attempted in his letter to overcome a generation gap that contributed to the period's greatest upheavals.

Two thirds of the way through this confession written to a father who never read it, I was startled to come across the following lines:

Marrying, founding a family, accepting all the children that come, supporting them in this insecure world, and perhaps even guiding them a little, is, I am convinced, the utmost a human being can succeed in doing at all.

By his own measure, Kafka was a failure. He succeeded at something quite other than what he claims to have valued most, and then only by accident. His deathbed instructions were that his papers be burnt; the instructions were ignored, and by virtue of this betrayal and a few subsequent accidents, now we now read Kafka in college and coffee shops.

The literature of the 20th century, it seemed for a long time, was praised for its fortifying properties, bolstering us against the harsh truths of the modern age: there is no God, human beings are isolated and alienated from each other, and all the certainties we cling to are illusions.

And yet here we have a literary modernist who, at heart, yearns for family values. Not the heroic modernist who mocks all that came before and challenges the void, leaving masterpieces in his wake.

It's hard not to suspect that the planetary influence of a father upon a son straining to break from his orbit had something to do with the themes, style, and very impulse of Kafka's writing. But had they been close, would we still have the art?

[D]uring my last illness, you came tiptoeing to Ottla's room to see me, stopping in the doorway, craning your neck ... and out of consideration only waved to me with your hand. At such times one would lie back and weep for happiness, and one weeps again, writing it down.

It's been said that revolutions, in politics or in art, are about the overthrow of the father. Everything else flows from that. But what if Kafka's father had come in the room and stayed? Would Franz have written his letter, attributing most of his life's misery to misunderstandings with the man?

It makes me wonder in general what happens if we let the father live, or if the mother delivers the letter. If the father comes home, if the sons and daughters succeed at "the utmost a human being can succeed in doing at all," maybe they won't have made a revolution, or written great books (or maybe they still can?) but they will have accomplished something else that leaves much different monuments. 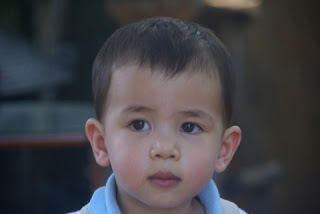 It is interesting to consider the background of those we consider great, especially in the arts. It seems a great childhood leads to certain kinds of success, but a troubled childhood opens the door to greatness.

Joseph Campbell, the author of among other books, "The Hero with a Thousand Faces", speaks of a son breaking free of a father's orbit and then returning to a moment of atonement with the father as one of the great heroic adventures one might have in this life. It was Campbell's thesis that these and other themes were woven in and out of all of the great myths and religions.

Your insight into Kafka rang true to me when I read it through that lens; What if Kafka had undertaken that Hero's Journey?