I like to keep things focused on parenting here at Daddy Dialectic, though obviously gender and politics remain perennial topics.

And many times during the past year, I have had to restrain myself mightily from using the blog to vent about the Clinton-Obama match-up or how the Republicans have tried to use gender against the Dems--namely, by trying to have it both ways. When Clinton was the frontrunner, Republican leaders openly used misogyny as a weapon against her. But now that Obama has won out, they are deliberately exploiting gender as a wedge among Democratic constituencies.

This has reached a head with the selection of Alaska Governor Sarah Palin as McCain's running mate, which has provoked enough disgust in me so that I am just going to give up and use this forum, modest though it is, to vent.

During the past eight years--and before--we've seen plenty of examples of Republican tactical ruthlessness. No decision is too venal or destructive if it helps them stay in power. It's all short-term thinking; today's Republicans can't seem to see beyond the next election. Politics aside, that might be the best reason to vote for Obama come November. Say what you want about him, he's not a short-term thinker.

I don't know anything about Palin. I had never even heard of her before the Washington Post news alert popped into my inbox this morning; I read newspapers, but I don't have a personal connection to the great state of Alaska and I don't spend a lot of time memorizing the names of the governors of all fifty states. Perhaps she really is the most qualified person the Republicans could find to fill the no. 2 slot; and ultimately, no matter why she was chosen, it is another step toward a more egalitarian future.

But let's not beat around the bush: The Republicans picked Palin to bag disgruntled Clinton supporters. Specifically, the dumb ones. The ones who share with the Republicans an inability to think beyond the next election.

These folks do exist; polls have identified them and New York Times reporters have quoted them saying that they'd rather vote for a man with a transparently, virulently sexist public image than another man who has a near-perfect record on reproductive freedom and other issues of concern to feminists.

But I don't think that's a very large group. In fact, I think this is a very small and incoherent group, and, actually, I think Palin's selection is an expression of craven, panting desperation on the part of the Republicans. Most women, and a supermajority of feminists, are smart: They'll see through this tactic and vote for the candidate who will best serve their interests and represent their values.

If anything is going to win this election for Republicans--and it could happen, they could still win--it's race, not gender. And let there by no doubt: As the election grinds on, the Republicans will use race as a weapon, in overt and covert ways. It's going to be scary and disgusting, and it will influence a lot of people. Specifically, the stupid ones. The ones who would rather destroy our multicultural future than see it come to pass.

We can't do anything about those people, both the McCain "feminists" and the racists, not in the short run. They will be a factor in the election and the Republicans are going to exploit their fears and insecurities to the hilt. All we can do is make sure that every single thinking person we know goes to the polls in November. Reach out to friends and family and talk with them about the election, and give them a call on election day. We can't afford another Iraq, another Katrina, another financial disaster. We can't afford even one more day of inaction on global warming. Our kids need a future, not a wasteland. 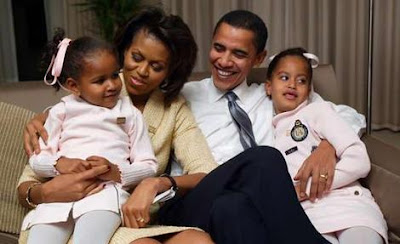 Dude, I would so totally buy you a beer right now. That was brilliant. Personally I think Biden is going to eat her alive come the VP debates, but you want something really interesting, look at her experience. All this time the Republicans, and the Hillary camp prior to Obama winning, have been questioning his experience. Look at hers.

BS in Journalism, minor in PoliSci. Served two terms on the Wasilla City Council, and mayor, population 5469. Governor of Alaska for two years now, but for comparison's sake, Alaska has 683,478 people. The 13th District of Illinois where Obama served, has a population of more than 800,000.

But of course I know this will never be brought up my McCain's camp.

I would kiss you but, well, we're both otherwise committed.

My brother was once interviewed at a pro-choice rally, asked why he was there. His answer was "Because this is not just a woman's issue." I see you're cut of the same cloth.

That's about as high praise as I can give. Thank you.

I actually think there is a subtext of the Palin ludicrosity that does bear on the subject of this blog: namely, whether we as daddy activistas are allowed to be a little chagrinned that Palin had a nth child at relatively advanced age, then used the kid as a symbol of how prolife she is, then abandoned little Trig to her insta-VP candidacy. Now, would a male candidate's infant child merit a mention? Biden's family catastrophe did, so maybe both VP candidates are actually advancing more family egalitarianism? And there is a book waiting to be written on Obama's New Fatherhood.