Where we are writing from 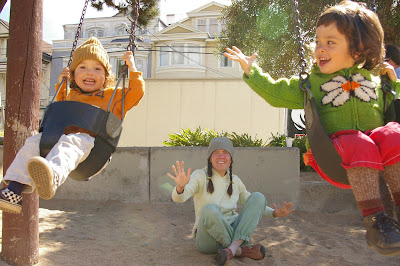 I've refrained from writing posts in this blog about this blog, because I can't imagine anyone would be interested in how I view it--I mean, what you see is what you get, yes?

But lately I've been thinking about what I like and don't like about other blogs, especially blogs about gender, feminism, sexism, politics, and parenting--and especially blogs on those topics written by guys.

Some of these blogs are quite popular, which Daddy Dialectic isn't. We get about 200 unique visitors on a good day, 100 on an average day when no one has posted for a while, maybe 3,500 in a month. In contrast, the bigger parenting blogs--some of which are great--will get 30,000 visitors in a single day.

Since I have a background in magazine publishing, I think of our readership as being akin to that of a literary magazine and I'm pretty happy with it. The only promotion I've ever done is to tell friends, family, and bloggers whom I genuinely admire and who feel kindred in some way--you'll see some of them listed in the blogroll.

No one who writes for Daddy Dialectic writes a post because he thinks it will be a hit in the blogosphere and get lots of links. Instead, we write about changing diapers, Proust, imaginary friends, loneliness, feelings of empathy and compassion--that sort of thing. I also blog quite a bit about recent research into families. Nothing that will get us mentioned in DailyKos.

We avoid writing about Bush, abortion, the war, and so on. Those things are important, but our culture and the blogosphere is filled with angry arguments on political issues of every kind. We're writing from a quieter place.

As a corollary, we tend to avoid rhetorical posturing; it creeps in sometimes, of course, but in general, I think it's fair to say that Daddy Dialectic posts are rooted in either quotidian life or empirical evidence. I read a lot of "pro-feminist" guy-blogs that are deeply theoretical: there's a lot of arid talk about "privilege" and "oppression" and so forth that really doesn't speak to my actual life as a dad who is committed to equality and justice.

Part of that pro-feminist guy mindset involves a self-hating denial of the validity of their own experience, that oftentimes seems to lead to ideological passive-aggressiveness, where anything an opponent says is framed as a product of privilege or identity. This is the enemy of understanding ourselves and the world.

The entire basis of Daddy Dialectic is that the daily experience of caregiving dads is valid and even important, even--no, especially--with the contradictions that are embedded in our experience.

Men still have more social power than women. A great deal of that social power is derived from a gendered division of family labor. Therefore, part of the solution is to erase the division of labor. This entails men entering traditionally female realms, even as women have entered male realms. This brings about a conflict between protected female spaces and men who are actually quite vulnerable, though they might loathe to admit to being vulnerable. I'm talking about literal spaces--for example, moms' groups--but I'm also talking about psychic and cultural spaces.

In 100 years, scholars will use current-events-oriented blogs as mere footnotes, even if today they are getting half a million visitors a day. I strongly believe that blogs like Daddy Dialectic--or Doodaddy or Lesbian Dad--will be ones that future historians read closely. Their value lies in that they are documenting the individual, subjective experience of world-historical change, in the same way that letters and diaries did for earlier generations.

Perhaps that seems a trifle lofty and even self-important, but I don't care. It's not a statement of personal importance; it's a statement of how urgent it is that we speak honestly about our experiences, even when they seem to conflict with what we believe. We live our daily lives in the unhappy gap between real and ideal, experience and imagination. At Daddy Dialectic, that's where we're writing from.
Posted by Jeremy Adam Smith

How utterly refreshing. Count me in as a "unique" visitor. I'll be back.

I, for one, hope you stay true to your intent. It is precisely what you outline that draws me to this blog. I look forward to the posts on this blog more than any other, because I see my own quiet reflection in what is written here. No rhetoric, no ulterior motives, no divisiveness, no commercial intent. Just careful observation and thoughtful commentary about what its like to be a stay at home dad.

You guys are doing a great job. Some blogs I read to laugh, but this one I read to think and reflect on the importance of my job as dad, husband, and man. Keep up the great work.

It is easy to get caught up in the numbers game of popularity, but every once in a while I am reminded that my writing is for me and not others. It people like what I write then that is nice, but not the reason why I started blogging.

Keep up the good work. I will come back often.

Hi guys. First time here. I have to say, it's nice to see something fresh and different in the blog world. Nice job.

Three weeks after I posted this, I looked at the Daddy Dialectic traffic counter and discovered that the number of visitors jumped: we are now getting an average of 125 visitors on a normal day, 250 on a really good day, and almost 4,000 a month. Oh, the irony.