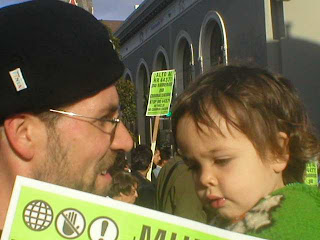 Julianna Sandell Pacheco and Eric Plutzer analyzed the effects of three important teen life transitions—adolescent parenthood, early marriage, and dropping out of high school—on later political engagement. In a paper published in American Politics Research, Pacheco and Plutzer report that the three transitions “can contribute to a pattern of cumulative disadvantage because experiencing one teen transition often leads to another.” Teen parents are much more likely to drop out of school, which in turn sets of other chains of events that dampen political participation, making it unlikely they’ll be able to advocate effectively for their needs and opinions.

Interestingly, the scholars find that the effects of these life transitions on voter turnout differ across racial and ethnic lines, with the impact of teen parenthood applying more to Whites than to Blacks or Hispanics. They suggest that the differences across racial groups may reflect divergent norms about educational achievement and early parenthood and marriage. This hints that providing the right kinds of social support to teens could offset the negative impacts of their life transitions...

The authors demonstrate that supposedly “nonpolitical” life events can have an influence on political behavior. From a harm reduction viewpoint, it may be possible to cut into the causal chain to prevent one bad choice from leading to another. Their results suggest that efforts to help teen parents in a way that makes it easier for them to stay in school could carry great benefits—both for their immediate educational success and their lifelong political engagement.

I have been thinking recently about how tough it is, period, to be a parent and stay politically active. This past weekend I attended a board meeting for an organization that I've been involved with for about a year, and as I sat there looking at spreadsheets I had a revelation: it's not just me volunteering my time, it's my entire family. I normally take responsibility for Liko over the weekend, which allows my wife to do whatever she wants (hanging out with us is one option, but it's her choice; she spends a lot of time cleaning the house and doing laundry, I'm afraid). When I go to a weekend-long meeting, my wife loses the break from caregiving, and of course my son loses my company. I've started to recently think that maybe it's just not the right time in my life to be politically active, but I fear that if I drop out completely I'll never go back. (I also just had a short story published, "What Do We Want? When Do We Want It?" that touches on this topic--one of my few stories to be available online!)
Posted by Jeremy Adam Smith

I've had to drop out of one of my commitments except the email part.

It's just too much. Hard to take the girls along on a school night and I hate to leave them too often.

I haven't given up action completely and won't. Just scaled back a little.

I'm really sympathetic, but I feel like it's up to us to force our political and activist communities to be more supporting of children and parents. One of the biggest mistakes made in the sixties, that gets repeated today, is to refuse opportunities at intergenerational solidarity, whether it be learning from our elders, or supporting our children. For myself, I attend an average of 5 community organizing meetings/actions a week, and I bring one of my two children with me to every one. It was a little uncomfortable (for others, not me!) at first, but with some gentle pressure, I've even managed to convince my union to offer one night of childcare for working parents a month! Good luck.

I hear you, Erik. I find that I often feel guilty when the subject of childcare comes up. I feel like so many grassroots organizations are so weak and the paid staffs are already so besieged, I hate to impose. On the other hand, this is really at the root of the weakness of so many progressive organizations: in terms of culture and activity, they are really built for one kind of person, and that's the sixties model of hardcore direct action activist. I used to be such a person.

But you're right; I'm taking what you say to heart. We should focus on broadening the culture and practice of political and activist communities to be more child-friendly.

I hope this is helpful.

Why do you think activist groups are always filled with people in their 20s on one end, and senior citizens on the other? Parents don't have time! This is of course is one of the mighty conundrums of activists becoming parents.

It's ironic because the act of becoming a parent frequently increases the urgency you feel to be an activist. E.g. "Gotta fix this global warming thing because my kids and their kids have to live in this world."

You read about people whose parents were super-active when they were kids (particularly kids of famous activists) and they're always highly resentful of how absent their parents were. That's not a balanced option.

But as Oscar Wilde is reputed to have said "The problem with socialism is that it takes up too many evenings."

The grunt work of activism conflicts with the schedule of the grunt work of parenting. I know so people argue that "the greatest activist project you can undertake is to raise a progressive kid" but that's a cop-out. If you believe that, just go teach elementary school.

Of course we need to lay a fair amount of blame at the feet of our economy and how it's structured.

We also have to ask whether the "community" into which you enter when you become a parent moves you away from activism -- do activists replace their rallying-and-petitioning with coaching soccer and attending PTA meetings? Granted, those can be considered a different form of activism, and are certainly forms of civic engagement (in the "Bowling Alone" sense) but time spent coaching soccer is inevitably time not spent rallying against, say, the Iraq War. The two aren't mutually exclusive, of course, but time is a finite resource.

So I think there's a hiatus for a few years when our kids are young. And then we can start to take them to stuff- rallies, meetings, envelope-stuffing, into the voting booth, etc. And then we can start to involve them in stuff. I just had our three-year old draw stickers to put onto cans for a food drive. Not exactly storming the barricades, but you have to start somewhere and start simple.

Lord Grattan (love the name): Those are good questions. I'm afraid my family's answers might be negative. My son, of course, having no concept of Iraq, global warming, etc., would much prefer for me to be home. There's no question about that. On weekends when I'm off saving the world, he acts out and acts strangely, and is very clingy when I show up again. My wife -- she says she loves, in the abstract, that fact that I'm so involved with stuff. As a practical matter, however, she'd prefer for me to be around and helping. Personally, I would love to watch Liko while went off to save the world, but she's never been an activist of that type.

One interesting wrinkle here is that it was vastly easier for me to be active as a stay-at-home dad. It's not that I had more time; it's that I had more flexibility and nobody blamed me if I was absent for a Saturday or an evening -- I volunteered instead of going to movies. And of course, I brought Liko to quite a few meetings and demonstrations, though this was always tougher than anticipated. But this has only become an issue since becoming a working dad.

"An activist dad" also raises good questions in his comment. I feel some pressure to drop my political involvements and volunteer with his preschool. His preschool is pricey and elite (I know, I know...), and he's a scholarship kid -- we get half off tuition. Which makes me want to give back. But how? There's literally not a minute in the day (well, here I am blogging -- guess I could fundraise from preschool instead). This will only intensify as he gets older, and I wonder if perhaps my time wouldn't be better spent on the PTA, as a political person and parent. Certainly, you can have an impact.

In the end, I suspect "An activist dad"'s final paragraph, combined with Erik Davis's point, is the last word: you content yourself with the small stuff and put the big commitments on the back burner until the kids get older, even as we ask our various movements to open themselves up to multigenerational participation.