An odd vs. An end 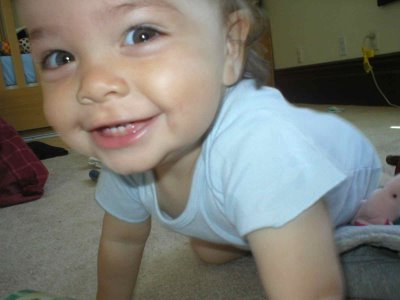 "Dreamworks has picked up the latest successful pitch from The Office staff writers," writes Martha Fischer at Blogging Sundance. "This one was dreamed up by Lee Eisenberg and Gene Stupnitsky, and is called The Intern... The movie will tell the undoubtedly hilarious story of 'a middle-age, stay-at-home dad who decides to return to the work force and is forced to start as an intern.' This is the point at which I almost write something like 'Gee, a story about the humiliation of a sad-sack middled [sic] aged man?'"

Note that in the writer's eyes a "stay-at-home dad" reentering the workforce equals a "sad-sack" dad.

Dads: leave a comment and let the writer know what's what.

We'll see what the film is like. I've seen only one episode of the American version of The Office. The original British version is subtle and compassionate; the boss from hell is a figure to be pitied as well as laughed at, and in the British Office his personal maturation (the culmination of which is portrayed in the post-series Special) is moving and hilarious to see. Will The Intern make fun of stay-at-home dads, or focus its satire on our society's absurd hypocrisies about work and parenting?

I recently also read this article from the Canadian magazine MacLeans on a "boot camp" for dads in the U.S., where older dads mentor new ones. "Women have instant networks for stuff," says the founder. "Men don't." That's right. Seems like a good idea to me!
Posted by Jeremy Adam Smith

Hi Jeremy, thanks for your comment on Cinematical, and for reading. For what it's worth, here's the reply I posted there (and I fixed the typo, thanks):

"Sorry, Jeremy -- of course I see your point. My implication was not that I think stay at home dads are sad-sacks (I certainly don't), but that I think the character will be portrayed that way in the film. Because, let's face it, a comedy about a competent, driven man who's really good at his job would be unlikely to earn six-figures from a Hollywood studio!"

Thanks for the response, Martha. Your prediction will probably come true, although the connection to The Office really does give me some hope. Like I said, I haven't seen the American Office; perhaps my hope is misplaced.

I hadn't given this any thought, but it probably is way past time to update the Hollywood "Mr. Mom" image; blogs like mine are still stuck kicking that one around.

hmmm, well if the film does portray him in that way it does just play into and reinforce stereotypes and prejudices about the status and importance of parenting. In fact, it seems like it would be even more compelling to have someone who is clearly motivated, etc etc to have to start out as an intern. Too bad we haven't moved past that as a culture.

And yeah, way past time to move beyond "Mr Mom".

The British version of "The Office" is painfully funny. The american version; not so much. I don't hold much hope.