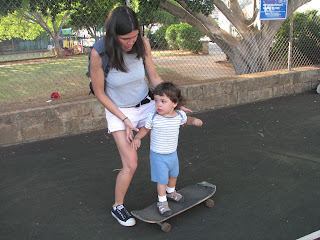 The New York Post has a nice summary of new Census numbers on families:

The bureau, which polled 100,000 homes nationwide, found that about 33 percent of the nation's 73.7 million children under the age of 18 live with only their mom or dad or unmarried parents - a statistic backed by a reported spike in the number of homes headed by single parents over the past 35 years...

According to the bureau's portrait of the American family, there were 12.9 million single-parent families in 2006. Of those, 10.4 million were single-mother homes and 2.5 million single-father families.

It's worth reading the whole article--but be sure to also see Rebeldad's criticisms of the way Census numbers are gathered...
Posted by Jeremy Adam Smith