Dads vs. The Delivery Room 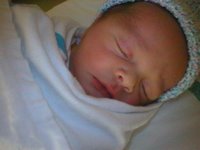 Where have I been? Busy, sick, and busy. Still sick. Still busy. But nothing can stop "Daddy Dialectic"!

1) ”Who let the dads in?”, from the Australian newspaper The Age, provides a light-weight but solid overview of the issues involved with men’s presence in delivery rooms.

Throughout the First World, a dad’s presence is now compulsory, due mostly to social pressure – you look like a bad, disengaged dad if you don’t want to be there for any reason.

But "Who let the dads in?” raises some key issues that almost no one talks about here in the States (no one I know, anyway). “Trawling back through history or examining other cultures, there is scant evidence of men having a role at birth. Traditionally, birthing mothers are helped by a group of experienced women.” It’s little wonder that midwives and medical personnel sometimes don’t know what to do with the dad; it shouldn't suprise that a dad might be out of his depth and scared of what he sees and hears. This deserves sympathy and constructive action, not scorn.

“One of the problems is that today's new dads are the first generation expected to be present at birth, and cannot turn to their fathers for advice, says childbirth educator Julie Clarke. ‘There's a real gap in knowledge,’ she says."

Now that so many men over the past 30 years have seen their children born, it might be time to ask hard, frank questions about which men shouldn’t be there, because of temperament or other factors, and how men’s presence should be structured. There clearly needs to be even better preparation. Sure, there are classes you can take and books you can read, and doulas, midwives, and doctors are usually more than willing to talk and answer questions.

But these are often tremendously inhibited conversations, with men reluctant to share what’s really on their minds with experienced women or in front of partners. Men need to share birth stories with each other just as women do, to model how to behave and what to expect. And we should open the door for a range of styles and levels of participation in the birth experience, based on the individual's desires and limitations.

There should probably also be more and better after-the-birth support, or at least a more supportive culture.

Liko had a fast but harrowing birth - precipitous labor, double footling breech – in which he could have died and Shelly could have been injured. I remember cradling Liko in my lap two weeks after he was born. Shelly was sleeping; it was very early in the morning. I thought about the birth for the first time since it had happened, replaying it in my mind, and I just started weeping helplessly, uncontrollably. I was not weeping with joy. (To my surprise, I’m starting to get choked up just writing this down. I don’t often think about Liko’s actual birth.)

In retrospect, I think it's pretty clear that I was having a touch of post-traumatic stress, which is a medicalized way of saying that I held a memory of something that might have been better forgotten. I kept it to myself and the bad feeling went away of its own accord. If someone had asked me how I felt (no one did, that I remember, but those brain cells could be dead), I would have shrugged it off, as would most men, I think. In fact, in public both Shelly and I were pretty cavalier about the whole thing. That’s OK. Our birth was, in the end, happy. It could have gone horribly wrong, but things turned out OK.

But many men have experienced far more difficult births, helplessly watching their wives in pain and their children born in circumstances they see as horrific. Nothing any man experiences can even approach the journey his wife is taking, but his experience shouldn’t be discounted. There’s absolutely no reason for men to be silent, and there may in fact be substantial social and personal benefits from sharing experiences in some kind of structured, honest way.

2) Speaking of which, my very good, old friends Matthew and Karen have started keeping a “He said-she said” pregnancy journal for BabyCenter.com, where Karen works as an editor. Check it out, especially you expectant parents.

3) Lastly, see this interview with sociologist Jody Heymann on “how globalization has radically impacted families around the world”:

Parents' work has shifted markedly around the world—and that goes for every region. Men in particular have been moving away from farmed-based work, and into industrial and post-industrial work—so they've moved away from the home. Women, likewise, have moved into the paid labor force and away from the home…If this had been the only thing that had happened, the world would have seen better opportunities for women, and more opportunities for families to raise their income…

But the globalization of the economy meant that there was increasing pressure for workers to accept lower labor standards. Companies increasingly say, "Unless you accept lower wages, longer hours, fewer benefits, and less paid leave, we'll move our factory to another country." Nations likewise feel pressure from economic globalization not to implement family-friendly policies—such as paid leave for illness or when a child is sick, or paid parental leave. And that leaves working families struggling to balance work and their care-giving duties.

My husband was in the delivery rooms 22 and nearly 19 years ago. He was of incredible support.

He grew up on a dairy farm, had worked a great deal with the vet on animals, had seen numerous animal births (though he'd be the first to tell you it is nothing like watching a person you love involved in the action). I came into the hospital at shift change with our first, was not taken seriously ("You're only at 2 cm, dear" -- Less than 2 hours before my daughter was born they tried to send me home!), and was left alone with only him once they started my iv. He had to go hunt down a nurse because my iv had been left wide open and I actually had a bulge form where the fluid could not enter the vein quickly enough. I still have a scar. He was the best advocate I could have had. Everyone entering a hospital needs an advocate to deal with the bureaucratic nonsense and busy-ness going on around them.

I can still hear his outraged "We don't leave the line that open for cows!" Glad I can remember anything about that with a laugh.

Check out the "mothering" posts on Echidne today.