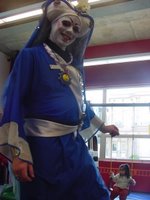 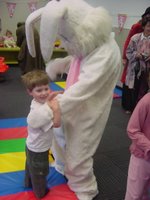 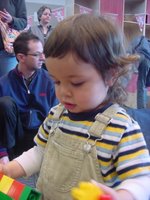 We were all happy living in a city where families and trannies (not mutually exclusive categories) can mix without fear of hellfire and damnation.

Shelley Pepper and I sat watching Liko and Cole tug-of-war over a truck:

Me: They’re so little. I’m starting to think that there really are essential biological differences between boys and girls.

Shelley: Sure. I feel like I can admit that in San Francisco. Back in Missouri, I don’t think I would.

Shelley: Because here you can admit it and people just think it’s funny. Back home people take it as evidence that women shouldn’t vote, or something.

Me: Here you can admit all kinds of things but not worry that somebody will put you in a box. Straight white guys like me don’t have all the social power.

Shelley: And everybody has better sex.

Me: You have sex?

Turns out that a recent study confirms Shelley’s observation. From the San Francisco Chronicle:

Sex is more satisfying in countries where women and men are considered equal, according to an international study of people between the ages of 40 and 80 by researchers at the University of Chicago…

"Male-centered cultures where sexual behavior is more oriented toward procreation tend to discount the importance of sexual pleasure for women," [said sociologist Edward Laumann, considered a top authority on the sociology of sex].

[For steel-eyed analysis of the study in question, see Echidne of the Snakes on April 20. Shelley, by the way, took the photos that go with today’s entry: Liko; a Sister of Perpetual Indulgence; Shelley's boy Cole dances with a rabbit.]
Posted by Jeremy Adam Smith

My favorite toys were my large collection of matchbox cars. My sister preferred her dolls. I was no less a girl than and no less a woman now.

I certainly am a better wife and mother as she is divorced twice and her exes have custody.

Personally, my favorite toys -- still my favorite toys, actually -- are spaceships and robots. After they felt played out, I used to especially love wrecking them and creating elaborate scenes of post-apocalyptic destruction in my backyard. After rain, I'd come out to see robot arms half-protruding from the mud, rockets buried in wet sand.

This has nothing to do with gender. Just what came to mind.

Yet the fact your son and Shelley's son wanted to play with trucks="Boys sure like trucks" which leads to boys and girls are different.

Boys, on average, may be different from girls, on average (In fact, I think that likely though not even due majorly to biology rather than culture) but I certainly liked trucks as much as either of my brothers and more than my sister. That did not make me a boy.

There is a glitch in Shelley's logic, and apparently yours, here. I also liked my younger brother's space shuttle model (and plane and train models) better than he did. My sister never even noticed them. I think that had to do with me liking machinery -- as in trucks, excavators, dozers, etc -- and nothing to do with my gender.

This helped me to a lucrative career as I am now a civil engineer working in construction oversite and management.