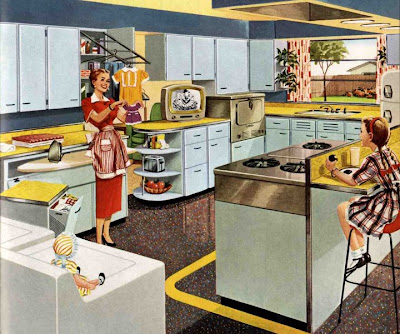 My mother has shared many words of wisdom over the years, and most of them deserve to be engraved in stone.

"Always buy a jacket with a hood," perhaps the most important advice ever shared between a Midwestern mother and child. "Don't lay out in the sun," was a needed corrective at a time of adolescent vanity. "Never get a credit card with an annual fee," became important as I entered the world of consumption, as did "You should help your wife as much as possible," as soon as I married a my breadwinning spouse.

But in addition to these bits of guidance from a successful and practical woman, there remains a residue of aphorisms that once made sense, but which now strike me as a collection of rules for travel a foreign country.

Why, for example, should I "look for pants with an elastic waste band," "never buy cotton shirts" or "go with carpeting" instead of wood floors? Why did I find myself asking salespeople, when looking over everything from a pair of socks to a Persian rug, "how hard is it to wash?"

In my early at 30s, at the age when men generally become adults, I realized what was going on. Sometime in my childhood my mother had passed a cultural event horizon, beyond which it was impossible to escape the gravity of convenience offered by a nebulae of polyester, drip-dry slacks, plastic slip covers for the furniture, a medium shag to the carpet to hold the dirt until it could be vacuumed every month or so (but no more than that), and certainly, under no circumstances, no cotton shirts, because those have to be ironed.

I had seen all the old film shorts and 50's infomercials praising the emancipation of the modern housewife from the drudgery of cooking and cleaning, thanks to modern science and consumer durables, leaving her free several hours each day to volunteer, spend time with the children, and relax in the tidy, paneled living room. 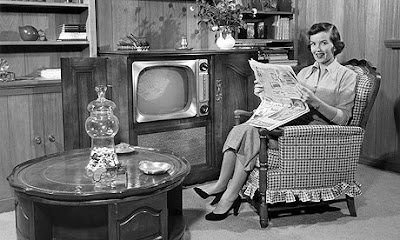 My mother had all the gadgets, and more, but I would not describe her emancipation as relaxing. She took the modernist promise of a liberation from labor and pursued it with a ruthless single-mindedness, in the context of a new set of synthetic fabrics, still more advanced electronics, and a full-time legal career. Mom did everything she could to eliminate the so-called Second Shift.

The result was a strange, bastard coupling of feminism with disposable consumer goods, the offspring of which came in a thousand shapes of plastic. Or paper: while everyone expects to eat off of paper plates at a Memorial Day or Fourth of July barbecue, our family used them nearly year-round -- and paper cups, too -- because it meant fewer dishes to clean. Fast food take-out, which we had at least once a week, was ideal because not only did someone else do the cooking, but it came in its own, disposable, packaging, meaning we didn't have to waste ours.

I could go on. When I began to wear cotton shirts in my 20s, my mother was horrified. Did I not know the labor that would be required to keep these clothes wearable? Was I really prepared to iron them? To this day she is baffled by my generation's rejection of the polyester revolution, embodied nowhere more fully than in the global domination of the GAP khaki aesthetic. A similar logic was applied to home repair, another enormous time-suck. When hundred-year old wainscoting began to fall from the front porch ceiling, it was replaced with plastic wainscoting -- "Just as good as the original!" -- on a house that was already completely sheathed in maintenance free, fiberglass siding.

Was this the "House of Tomorrow" trumpeted at the 1933 World's Fair, the Century of Progress? Had the time-saving devices and scientific wizardry behind them come to dictate the texture and look of the leisure time they allowed us? Did my mother's practical feminism require living in Plastic World? 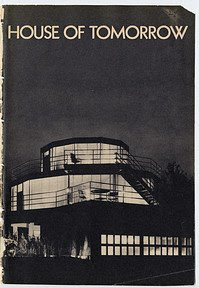 The really ambitious, successful women I have known have all been ruthless with regards to one thing: their time. I can see why. For the first 18 years of my life, I lived in an old house with no washing machine. My mother packed the laundry into baskets and packed the baskets into the car every Saturday morning, and then drove a few miles to the nearest laundromat. I remember her returning hours later to carry the plastic baskets full of folded laundry -- my Evil Knievel shirts, my cowboy socks -- up the front steps from the driveway, then upstairs to my room.

So when the washer-dryer finally showed up, well into my mother's middle age, it was a belated redemption of the promise of those 50's infomercials. And much deserved.

But my mother is now so profoundly accustomed to cheating labor, to chipping and hacking away at the Second Shift with all the consumer aids at her disposal, that what began as her creative response to the burdens of a working mom in the 70s now persists as a set of habits and a settled outlook on life long after the nest has emptied.

So it is with the elastic waistband. The antithesis of the whale bone corset, it is the ultimate concession to feminine freedom, prêt à porter. It is one of the many creature comforts that Mom treats as the fruit of her labor. It will not be taken from her. And when I was at an age when the measure of my waistline rose and fell 3 inches with each meal, the elastic waste band was of some use to me, as well.

But now I prefer a belt.
Posted by chicago pop

Your mother gave you some sage advice. I will share this wisdom with my own kids.