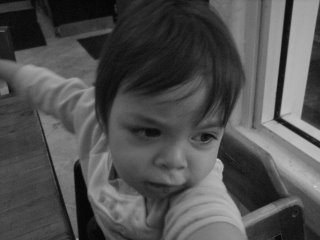 As views of child-rearing have changed, groups like the American Academy of Pediatrics, the National Association of School Psychologists and the American Medical and Bar Associations have come out against corporal punishment.

“I believe we have reached the point in our social evolution where this is no longer acceptable, just as we reached a point in the last half of the 19th century where husbands using corporal punishment on their wives was no longer acceptable,” said Murray Straus, a director of the Family Research Laboratory at the University of New Hampshire.

Among adherents of the practice is James C. Dobson, the child psychologist who founded Focus on the Family and is widely regarded as one of the nation’s most influential evangelical leaders.

DuBose Ravenel, a North Carolina pediatrician who is the in-house expert on the subject for Mr. Dobson’s group, said, “I believe the whole country would be better off if corporal punishment was allowed in schools by parents who wish it.”

I also just stumbled across this essay by Randall Balmer, an evangelical Christian and professor of religious history at Barnard College, which I share as a follow-up to the previous two posts on conservative childrearing practices:

The torture of human beings, God's creatures — some guilty of crimes, others not — has been justified by the Bush administration, which also believes that it is perfectly acceptable to conduct surveillance on American citizens without putting itself to the trouble of obtaining a court order. Indeed, the chicanery, the bullying, and the flouting of the rule of law that emanates from the nation's capital these days make Richard Nixon look like a fraternity prankster.

Where does the religious right stand in all this? Following the revelations that the U.S. government exported prisoners to nations that have no scruples about the use of torture, I wrote to several prominent religious-right organizations. Please send me, I asked, a copy of your organization's position on the administration's use of torture. Surely, I thought, this is one issue that would allow the religious right to demonstrate its independence from the administration, for surely no one who calls himself a child of God or who professes to hear "fetal screams" could possibly countenance the use of torture. Although I didn't really expect that the religious right would climb out of the Republican Party's cozy bed over the torture of human beings, I thought perhaps they might poke out a foot and maybe wiggle a toe or two.

I was wrong. Of the eight religious-right organizations I contacted, only two, the Family Research Council and the Institute on Religion and Democracy, answered my query. Both were eager to defend administration policies. "It is our understanding, from statements released by the Bush administration," the reply from the Family Research Council read, "that torture is already prohibited as a means of collecting intelligence data." The Institute on Religion and Democracy stated that "torture is a violation of human dignity, contrary to biblical teachings," but conceded that it had "not yet produced a more comprehensive statement on the subject," even months after the revelations. Its president worried that the "anti-torture campaign seems to be aimed exclusively at the Bush administration," thereby creating a public-relations challenge.

I'm sorry, but the use of torture under any circumstances is a moral issue, not a public-relations dilemma.

Lastly, I'd like to point readers - especially any readers who doubt the link between conservative childrearing practices and right-wing policy - to this dialogue between Focus on the Family and combat veteran Michael Gaddy about the Iraq War.
Posted by Jeremy Adam Smith

It's easier to send you the Blogging Baby post with my comment than to try to reconstruct what I said about paddling.

I hadn't thought about the connection beween paddling and torture but they both involve sadistic behavior don't they.