Odds vs. Ends, Once Again, with Focus on TV 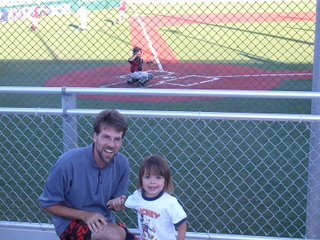 Daddy Dialectic readers have been sending me tips right and left. Here are some hot spots:

1) Alex (in Boston, MA) pointed me to this blueprint for a policy program that values families, "including legislation, articles, research reports and other resources, to help legislators and advocates bring these policies to your states." It's an amazing resource.

2) Lara (in Colorado) sent me an incredibly disturbing expose of women who were fired from their jobs for getting pregnant. "I've seen more (pregnancy discrimination) clients ... in the last couple of years than I've seen in the past 10," says an attorney. Meanwhile, Cooper Munroe (in Pittsburgh, PA) shared this piece on a PSA campaign urging women to vote. The link between these two items goes without saying, yes?

Despite the surge of women into the work force, mothers are spending at least as much time with their children today as they did 40 years ago, and the amount of child care and housework performed by fathers has sharply increased, researchers say in a new study, based on analysis of thousands of personal diaries.

“We might have expected mothers to curtail the time spent caring for their children, but they do not seem to have done so,” said one of the researchers, Suzanne M. Bianchi, chairwoman of the department of sociology at the University of Maryland. “They certainly did curtail the time they spent on housework.”

The researchers found that “women still do twice as much housework and child care as men” in two-parent families. But they said that total hours of work by mothers and fathers were roughly equal, when they counted paid and unpaid work.

Guys, we still need to do better. In ten years, I'd like to hear that men do just as much housework and child care as women in two-parent families.

In "To Be Married Means to Be Outnumbered," The Times tracks the rise of non-traditional families. "The numbers by no means suggests marriage is dead or necessarily that a tipping point has been reached. The total number of married couples is higher than ever, and most Americans eventually marry. But marriage has been facing more competition. A growing number of adults are spending more of their lives single or living unmarried with partners, and the potential social and economic implications are profound."

4) Finally, Chris at the Institute for Southern Studies (in Durham, NC), shared a brief story in Slate about a possible link between TV-watching and autism. "Cornell University researchers are reporting what appears to be a statistically significant relationship between autism rates and television watching by children under the age of 3. The researchers studied autism incidence in California, Oregon, Pennsylvania, and Washington state. They found that as cable television became common in California and Pennsylvania beginning around 1980, childhood autism rose more in the counties that had cable than in the counties that did not. They further found that in all the Western states, the more time toddlers spent in front of the television, the more likely they were to exhibit symptoms of autism disorders."

We don't own a TV. We dumped it shortly after 9/11 and haven't looked back. But we do watch DVDs on our computers and once a month we watch kids' movies with Liko. While obviously we're against excessive TV-watching, I must admit that Liko seems to get a lot out of the occasional Baby Einstein. Instead of staring slack-jawed at the screen, he really interacts, verbally and physically, with what he sees and hears, dancing, repeating words, and pointing to things around the house that he sees in the movie. (He calls movies "moo-moos" and calls my laptop the "moo-moo machine," as in, "Daddy took the moo-moo machine to work.") I guess my position, which seems common-sensical, is that a little bit of TV is fine and even beneficial. But I don't think we'll ever actually own a TV. The temptations, and the potential harm, are just too great.

In today's photo, you can see Liko and me at a game of the Reno Silver Sox, who took the championship trophy of the new Golden Baseball League in their inaugural season. Who wants to see a bunch of preening, bloated millionaires lumbering around a diamond? Minor league baseball is the way to go! Go Silver Sox!
Posted by Jeremy Adam Smith

MorrisMcDoo said...
This comment has been removed by a blog administrator.
9:11 PM

You should read Freakonomics. The author does some interesting things with statistics.

His discussion of the TV / autism link is interesting. (The permalink is http://www.freakonomics.com/blog/2006/10/17/tv-causes-autism-i-doubt-it/). I've also heard it claimed that autism is linked to the rising median age of parents at the time of birth.

Well, like I said, I think the rule of thumb is, some TV is OK, lots of TV is bad, according to any number of criteria.

That article in Slate has been excoriated by smarter people than I. I like the author, generally, but he makes a LOT of unsubstantiated leaps in logic. I have read a bunch of people who have studied autism far more than I have rip him to shreds. It's an interesting hypothesis, but that's really all it is, with no evidence whatsoever.