The Death of Naptime: Competing Models 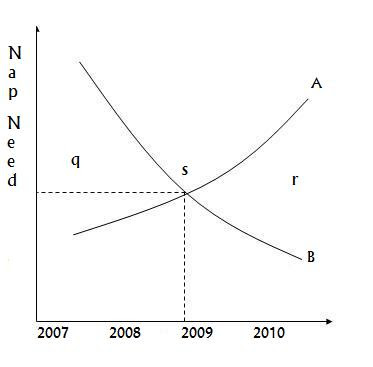 A month or so ago, Junior's naptime died.

It has been replaced by daddy's naptime. I don't call it "daddy's naptime," and it only lasts thirty minutes on the outside, but it is still a nap, it is me who is taking it, so this represents a sort of revolution. For Junior, the new regime is called "quiet time." It may one day provide Junior with his first retrospective inkling of his father's gradual descent into dotage. What quiet time means, from Junior's point of view, is that there is a temporal zone in the early afternoon when, for the sake of daddy's nap, or for the sake of daddy's sanity, life deliberately slows down, and pandemonium is prohibited. Things that make noise are discouraged, excessive motion is frowned upon, and an atmosphere of meditative silence, if not overall sleepiness, is cultivated.

There are days when Junior, perhaps nostalgic for the fading Golden Age of his toddler-dom, does indeed crash as he used to, which is to say with bravado and wherever he happens to find himself. But more often, he complies with the new regime and its exhortations to quietness rather than somnolence. He draws in his coloring books, erects fantastic structures with blocks and train tracks, or arranges all the objects of his life into mysterious Joseph Cornell-type compartments. It is during quiet time that Junior assembles his collection of tiny plastic beads, which no one remembers acquiring and which have since been eaten by the dog, into the shovel of his plastic bulldozer, or the tilting container of his toy boxcar.

I will find that our horde of buckeyes, harvested last September and stored in a dedicated bowl of natural curiosities, has now been dispersed among the bookshelves of our home, positioned to the left in each case, perhaps a marker indicating how one should scan the titles on each shelf from left to right, or perhaps placed there according to some inscrutable principle of feng shui. Coming upon Junior during his quiet time activity is like stumbling upon a lone prairie dog, a sentinel: he pops up as from out of a hole, his long torso still and fully extended, sniffing the air for my intentions and scanning my body for the slightest movement. Is quiet time over? What is the afternoon fate of our domestic ecosystem? If I continue on my way with wooden face and no eye contact, he drops back into his burrow and returns to his Joseph Cornell projects. If I show the slightest sign of empathy or affection, then the spell of quiet time is irremediably broken, and our noisy, kinetic life resumes.

Modeling the Nap Function
x = time, y = need for nap
A = Daddy, B= Junior
q area = daddy's productivity
r area = daddy's dotage
s = nap equilibrium
What I haven't yet explained is why the death of Junior's naptime coincided so neatly with the birth of my own. Neutral observers might reasonably infer the presence of some kind of causal relationship, and indeed, they would probably be right. But a causal relationship of what kind? There are two competing models used to explain the data plotted on the graph above. Fortunately, I am confident in dismissing the most obvious explanation, that of the Dotage Theory. The Dotage Theory posits an inverse relationship between Junior's mounting stamina and my own declining energy level. It is a conceptually simple, intuitively appealing, and straightforward explanation for daddy and junior's changing nap needs.

Plotted on Cartesian coordinates we see -- in greatly simplified outline, of course -- how daddy's need for a nap presents the concave up-sweeping parabola A. Over time, daddy's nap need is increasing, though it is not clear how this curve may taper off or plateau. Conversely, Junior's decreasing nap need plots the concave down-sweeping parabola B. At t = 0 (the year 2007) the point in time when these curves were farthest apart, the area q (or daddy's productivity) was at its greatest extent; it has steadily decreased since then, passing through a point of nap parity s, and has now entered a stage described by area r, which may be understood as an overall daddy productivity deficit.

I contend that the Dotage Theory, though perhaps valid when extended into the later decades of adult life, does not adequately capture the complexity of the system in which I find myself. My new naptime habit, I argue, is a result of the displacement of a portion of my daily sleep requirement from evening to afternoon. According to this more sophisticated Sleep Displacement Theory, my total sleep need has remained constant; what has changed is the scheduling of that portion of the day during which I harvest a certain portion of sleep, together with undisturbed Me Time.

In this view, the reason daddy now needs these afternoon naps is that he is staying up later. Now that Junior no longer naps as long as he once did -- for one, two, or even three hours in the afternoon -- late evenings are the only time daddy can carve out some solitude, find a little peace of mind, or a moment in which to read a book. Glorious, egotistical, voluptuous satisfaction of daddy's greatest middle-aged desire: not to have sex, but to read a book. And so it is: next morn, like an adolescent lover, I am groggy and grumpy, punching in at my job and giving it my caffeine-fueled best for the next 8 hours, until I can return to whatever it was I had been reading before I fell asleep the previous night.

But, long before a verdict is returned from the tribunes of science, and usually at around 2PM, despite all self-stimulating efforts to the contrary, I am hit by a collapsing wall of fatigue. I can see it coming from far off, an oncoming wave moving in from the horizon. It is usually clear that there is no escape, that there is no safe or higher ground. I simply have to ride it out, which I do. On the couch.
Posted by chicago pop

Labels: Forgetting Everything I Ever Learned, Naptime

One of the first phrases my boy learned was, "Daddy! No! Wake up!"

I go to his room and sit on his beanbag chair, and he starts talking, and throwing things around the room and at me, and then he climbs over my back and falls on the floor, then he does it again, and-- before I know it I'm down in a peaceful land, where even the fact that the unicorns scream, "Daddy, wake up!" doesn't bother me.

that was a humblingly beautiful piece of writing

I suffer from Sleep Displacement as well, except I'm not fortunate to get an afternoon nap (I do get to stare mindlessly into a computer monitor later afternoon at work, though).

I find that as my twins stay up later, the work I had done when they went to bed gets pushed beyond my productive limits. So I have to stay up even later to get work done. I end up distracted, making comments on blogs I like to read or staring blankly and a computer monitor.

Let me know what the scientists find out.

The death of naptime... I cringe at the mere thought of it. For now, I will carry on in denial that my almost-three-year-old daughter's naptime will ever end.

Thanks for this. My 14 month old is already trying to negotiate his way our of his morning nap. I say HIS morning nap, it's more OUR morning nap. To lose the afternoon nap as well... Nooooooooooo!

I am more looking forward to a weeks worth of not having to wake up at 3am for a bottle!

hey at least your boy took maps. our "bionic kid" never ever took naps and even today, at 16, needs much less sleep than we do.

So our graph would be two lines, the B line down near zero parallel to the axis, the A line somewhere above it, trending upwards over time, and r and q basically the same...